The Power Of Guest Posting 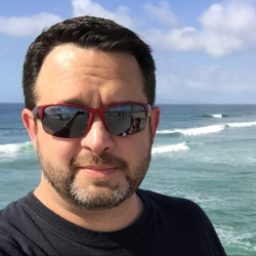 After clicking publish and sending a new post you’re particularly proud of out to the world – have you ever stopped and had the sobering thought that it's possible that no one will see your work?

You started this whole blogging journey with enthusiasm, goals, and aspirations. You work hard at learning how to create useful content, but you soon find out just how hard it really is to gain any traction.

You become frustrated, and at some point, you begin to think that maybe it’s never going to get any better.

No matter how talented you are, no matter how great your content is – getting noticed in the blogosphere is beyond difficult.

The reason it’s so hard to get noticed is because the blogosphere is a big, noisy, congested space.

By most estimates, there are more than 200 million blogs out there. Think about that.

The world’s largest city, Shanghai, only has about 14 million residents.

If every man, woman, and child in Shanghai each ran 14 blogs, there would still be blogs left over. That’s crazy! With all that competition, it’s no wonder that the blogosphere is littered with the remains of abandoned blogs.

For the people who ran those blogs, the frustration of not getting noticed and not growing became too much at some point – and they just quit trying.

So therein lies the problem: A level of competition so high that it begins to appear almost impossible to make an impression.

But it’s not impossible. You don’t have to wind up on that giant pile of abandoned blogs. verywhere you turn online, someone is telling you that content is king. They promise that if you write epic content, the world will eventually notice you and beat a path to your door.

You've probably read that a million times – and because you hear it so often from so many sources, you might really believe that great content is all you need to stand out.

I understand why you’d believe it, because it does make logical sense. If you produce an excellent product, someone should eventually notice it, right?

So what is the answer?

Lost In The Crowd Let’s compare the blogosphere to a poppy field. I know – it sounds like a weird comparison, but bear with me.

As you can see in this photo, poppies grow very densely and can cover vast areas. For our purposes here, let’s say that each individual poppy in this picture represents a blog.

Just look at that huge mass of flowers. Also notice that from the photographer’s point of view they all pretty much blend together into a big, pink blanket. Except for the flowers in the very front of the photo, it’s literally impossible to tell one flower from the other.

That is the same problem you face. Standing out is the single biggest problem a new blogger faces.

In a sea of blogs all blasting their message out to the world as loudly as possible, what can you do to rise above the masses and get noticed?

Performing On a Larger Stage Take a look at the poppy field one more time and think of your blog as one of those poor, lost poppies way in the back of that picture where the photographer can’t see it. It has virtually no chance of being noticed back there.

But what if that poppy way back there had the ability to uproot itself and walk up to the front row where everyone could clearly see what a high quality flower it is? It would be much easier for it to be noticed up front, wouldn’t it?

Well, we all know that flowers can’t do that – but lucky for you… your blog can!

Guest posting can move your blog up to the front row and give you a much better chance of having your work noticed.

The Power of Guest Posting

Guest posting is a powerful and effective way to grow your subscriber base and earn more exposure for your blog. There are seven primary benefits to properly launching a guest posting campaign.

1: It will increase your blog’s visibility.
As a new blogger, being a guest on a larger blog’s stage exposes you and your work to more people who may never have heard of you otherwise.

2: It will boost your traffic.
Not only does blogging bring a traffic spike on the day your guest post runs, but if you have great content waiting for your new visitors, many of them will subscribe – or at the very least, come back and visit again and again. Over time, guest posting will consistently increase your blog’s day to day traffic.

4: It builds your credibility through association.
When a larger, well known blogger invites you to post on their blog and address their audience, they are in effect stamping a seal of approval on you and your brand. Don’t take the responsibility and honor of this approval lightly. When this occurs, by association, you benefit from the reputation and credibility that the host blogger has earned over time.

5: It builds backlinks.
While I’m not one of those SEO-smitten bloggers, it is important. And backlinks from larger blogs improve your standing and visibility in search engines.

6: It allows you to receive free coaching from elite bloggers.
When you guest post, often there is a back and forth email exchange with the host blogger to work out ideas and/or revisions. These exchanges are invaluable. A lot of people pay a pretty penny to hear what big bloggers think about content creation. When you’re working on a post for them, you’ll pick up a ton of useful knowledge for free.

Also, when you have the opportunity to make an impression on a larger blog and be seen by more people, you tend to put a little extra effort into your work which leads to a better post and better writing habits.

So instead of being nearly invisible in a giant field of other bloggers, guest posting allows you to put yourself front and center on a much bigger stage in front of a bigger audience.

Because guest posting is so powerful, it’s not something to be taken on willy-nilly. To launch a successful guest posting campaign, you’ll need a plan and some specialized knowledge of how to properly execute that plan.

Until Next Time: Homework

This series will comprehensively walk you through each and every step of successful guest posting from start to finish. The next post will cover how to identify and prime appropriate guest posting target blogs. But in the meantime, do me a favor. Spend some time on your favorite blogs studying guest posts. For example, if you were searching for guest posts say, in Google or in any other search engine, you would type “Become a Blogger” guest post.

After you read the guest posts, follow the links in the bios or “about the author” section at the end. Check out the content on the guest poster’s blog, too.

Pay particular attention to what the markets and niches of both the host site and the guest poster’s site have in common.

The next post in this series will teach you how to properly target blogs to guest post on.

Have you started guest posting yet? Tell us why or why not and share your experiences in the comments.