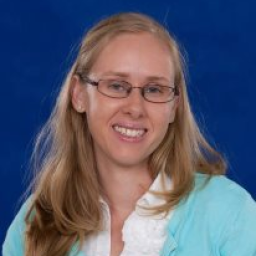 When you first get started with Twitter (or even if you have been going for a while) it can be hard to find traction.

It can be hard to get followers, so you really are tweeting into an empty room.

However, don't let that stop you. Twitter is a powerful tool that allows you to connect with people easily – especially the big wigs in your niche.

The beauty of twitter is because of the 140 character limit, it somehow makes it easier for you to converse with important influencers because it takes less time than responding to an email.

Apart from being a powerful tool for networking, it is also a great way to drive traffic to your blog. For me, Twitter is the second highest source of traffic to my blog, second only to Google. And the best news – it takes minimal time and is completely free!

Once you have built up a base of followers (and it doesn't have to be a large number), you will start seeing the rewards for your efforts.

To get some engagement out of Twitter, you can't just sit around and wait for people to talk to you. You have to engage with them first.

With Twitter, it is not expected that you be able to read every single post. It takes up way too much time for no return. Instead, create your own lists of people that you want to engage with. You can do this through twitter, by going to your profile and clicking on “Lists” in the sidebar. Once you have these lists you can easily see what these people are tweeting. Now, interact with them. Reply to their tweets, or ask them a question. Start re-tweeting what they say, or promoting their blog posts on twitter.

Don't be a stalker. No need to go overboard. But these small interactions over time start to add up, and you will start to grow a strong network of people who will take interest in what you do and promote what you do.

You don't have to post only once a day on twitter. As I mentioned earlier, it is impossible to read every single tweet on your following list. The same is true for the people following you.

With this in mind, don't be afraid to post multiple times a day. You don't want to tweet the same message over and over again, and you don't want to post 10 times within a matter of minutes. Spread your tweets out over the day so you have more potential to reach a wider range of people.

With Tweriod you can see what times to post the tweets you want people to respond to the most to increase your engagement on Twitter.

There are many ways to measure what posts perform the best on twitter. One of my favorite tools is Buffer. Buffer is a tool that allows you to queue up your twitter posts. The great thing about Buffer is that you can easily track how each of your tweets performs.

With buffer you can see what types of tweets perform the best, and at what times. With this information you can make informed decisions about what types of posts and when to post. Experiment and see if you can get some more engagement.

If you want more engagement, the basic things to do are to:

You can build up your network and get more traffic back to your website.

Let me know in the comments below what kinds of things you do to increase your engagement on twitter! I look forward to hearing what you have to say. And, if you connect with me on twitter, let me know you found me at Become A Blogger!

389 How to Build a Successful Digital Marketing Agency – Kaitlyn Study

388 The Top 7 Entrepreneurial Struggles and How to Overcome Them

389 How to Build a Successful Digital Marketing Agency – Kaitlyn Study